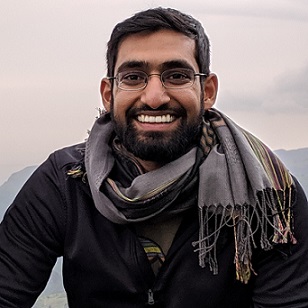 Many societal decision problems lie in high-dimensional continuous spaces not amenable to the voting techniques common for their discrete or single-dimensional counterparts. These problems are typically discretized before running an election or decided upon through negotiation by representatives. We propose a algorithm called Iterative Local Voting for collective decision-making in this setting. In this algorithm, voters are sequentially sampled and asked to modify a candidate solution within some local neighborhood of its current value, as defined by a ball in some chosen norm, with the size of the ball shrinking at a specified rate. We first prove the convergence of this algorithm under appropriate choices of neighborhoods to Pareto optimal solutions with desirable fairness properties in certain natural settings: when the voters’ utilities can be expressed in terms of some form of distance from their ideal solution, and when these utilities are additively decomposable across dimensions. In many of these cases, we obtain convergence to the societal welfare maximizing solution. We then describe an experiment in which we test our algorithm for the decision of the U.S. Federal Budget on Mechanical Turk with over 2,000 workers, employing neighborhoods defined by various L-Norm balls. We make several observations that inform future implementations of such a procedure.